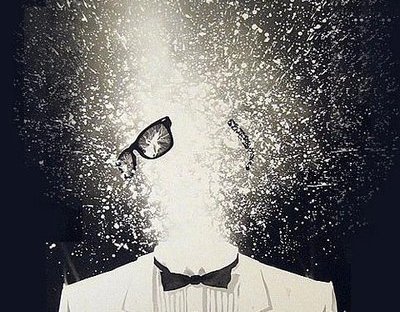 Have you ever read a book that just blew your mind? That kept you up at night? That stuck with you for days after you closed it? That changed the way you think about something?

These books can be few and far between, the truly life-changing ones even more so. I’m grateful to be able to recommend a handful that changed the way I thought about certain things, from self-discovery to sacrifice, motherhood to forgiveness. Here are five of them. 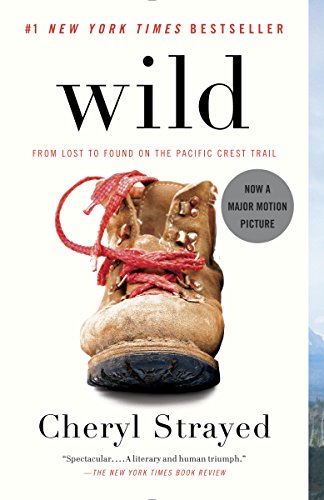 Blurb: “At twenty-two, Cheryl Strayed thought she had lost everything. In the wake of her mother’s death, her family scattered and her own marriage was soon destroyed. Four years later, with nothing more to lose, she made the most impulsive decision of her life. With no experience or training, driven only by blind will, she would hike more than a thousand miles of the Pacific Crest Trail from the Mojave Desert through California and Oregon to Washington State – and she would do it alone. Told with suspense and style, sparkling with warmth and humor, Wild powerfully captures the terrors and pleasures of one young woman forging ahead against all odds on a journey that maddened, strengthened, and ultimately healed her.” 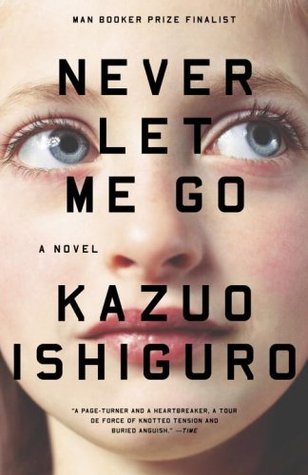 Blurb: “As children Kathy, Ruth, and Tommy were students at Hailsham, an exclusive boarding school secluded in the English countryside. It was a place of mercurial cliques and mysterious rules where teachers were constantly reminding their charges of how special they were. Now, years later, Kathy is a young woman. Ruth and Tommy have re-entered her life. And for the first time she is beginning to look back at their shared past and understand just what it is that makes them special – and how that gift will shape the rest of their time together. Suspenseful, moving, beautifully atmospheric, Never Let Me Go is a modern classic.”

The Joys of Motherhood by: Buchi Emecheta

Blurb: “First published in 1979, The Joys of Motherhood is the story of Nnu Ego, a Nigerian woman struggling in a patriarchal society. Unable to conceive in her first marriage, Nnu is banished to Lagos where she succeeds in becoming a mother. Then, against the backdrop of World War II, Nnu must fiercely protect herself and her children when she is abandoned by her husband and her people.”

The Storyteller by: Jodie Picoult 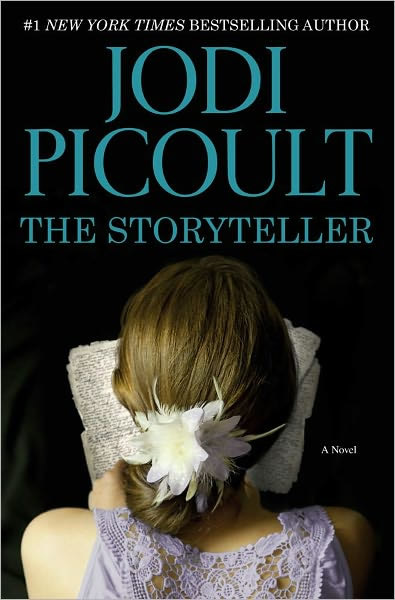 Blurb: “Sage Singer is a baker. She works through the night, preparing the day’s bread and pastries, trying to escape a reality of loneliness, bad memories, and the shadow of her mother’s death. When Josef Weber, an elderly man in Sage’s grief support group, begins stopping by the bakery, they strike up an unlikely friendship. Despite their differences, they see in each other the hidden scars that others can’t. Everything changes on the day that Josef confesses a long-buried and shameful secret and asks Sage for an extraordinary favor. If she says yes, she faces not only moral repercussions, but potentially legal ones as well. With the integrity of the closest friend she’s ever had clouded, Sage begins to question the assumptions and expectations she’s made about her life and her family. In this searingly honest novel, Jodie Picoult gracefully explores the lengths to which we will go in order to keep the past from dictating the future.”

Cutting for Stone by: Abraham Verghese 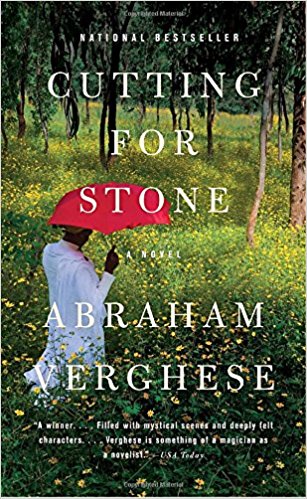 Blurb: “Marion and Shiva Stone are twin brothers born of a secret union between a beautiful Indian nun and a brash British surgeon. Orphaned by their mother’s death and their father’s disappearance, bound together by a preternatural connection and a shared fascination with medicine, the twins come of age as Ethiopia hovers on the brink of revolution. Moving from Addis Ababa to New York City and back again, Cutting for Stone is an unforgettable story of love and betrayal, medicine and ordinary miracles–and two brothers whose fates are forever intertwined.”

Aspiring writer, activist and adult. View all posts by inkstainsandblankpages

Men Explain Things To Me by: Rebecca Solnit